Now that the Best Worst Team in Hockey ™ has won the draft lottery, and will almost certainly draft Connor McDavid, what’s a reasonable RE for young McSaviour next year?

NOTE: I just updated this to include a link to the Excel file containing the underlying data set.  See note at end of post.

The problem with that equivalency is that it is deliberately broad, and its right to ask the question: how well does it apply to elite players?  A quick look suggests that many forwards drafted in the top 6 have outperformed the NHLE.

So I thought it would be interesting to look only at elite forwards drafted out of the CHL and see if that gives us anything interesting.

It’s a sparse (17) dataset, but one makes do with what one must.

Let’s take the points (goals, assists, points) rates of the players in that dataset and see how that correlates to their ppg first year in the NHL*: 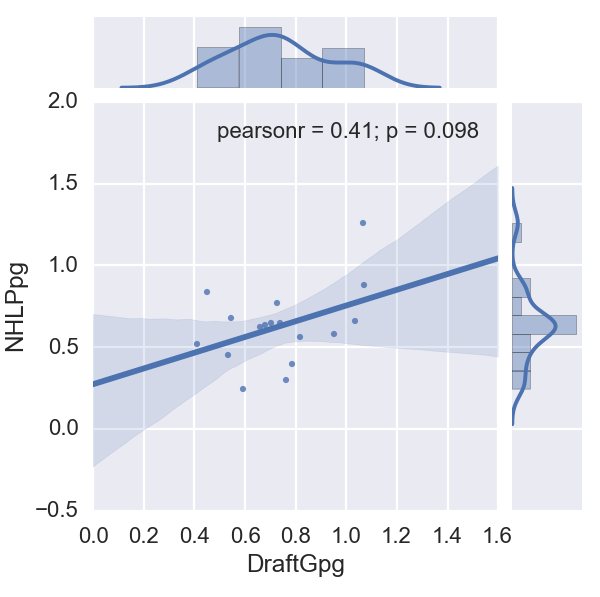 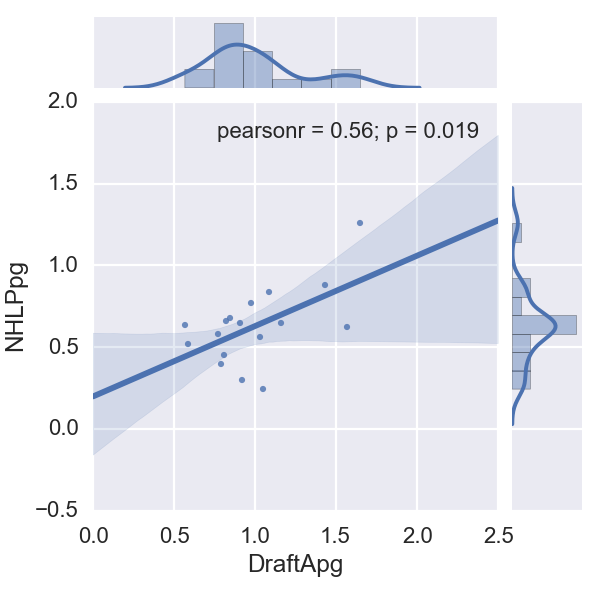 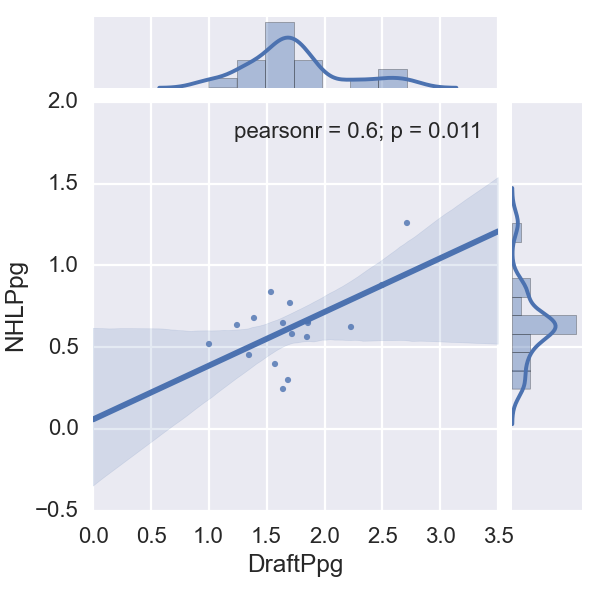 Goals do a surprisingly poor job of predicting success in the NHL.  This surprised me because I’d heard differently.  I have a feeling it was because of those four guys in the middle, who fit the pattern perfectly.  But the bigger pattern contradicts the smaller one.  Keep it in mind though – for high-end but not truly elite draft picks, goals may indeed be an outstanding predictor.

Overall, assists do a better job than goals alone.  Then again – that’s usually a larger number, so it may be a spurious correlation reflecting magnitude rather than results.

One more thing before we start predicting things … a look at correlation between goals/goals and assists/assists: 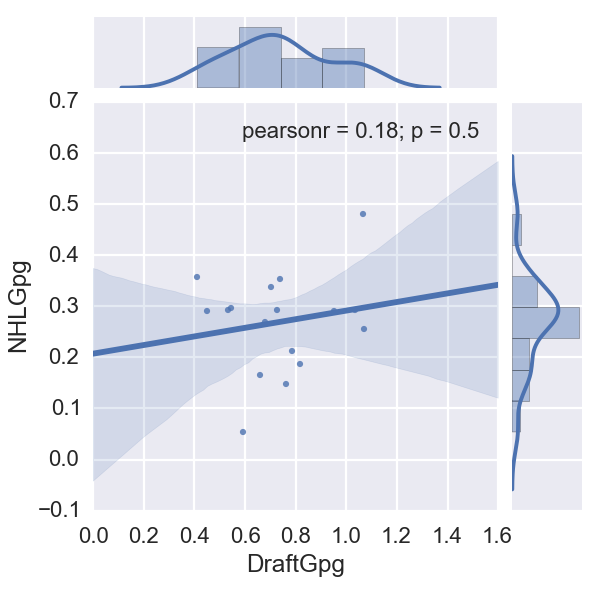 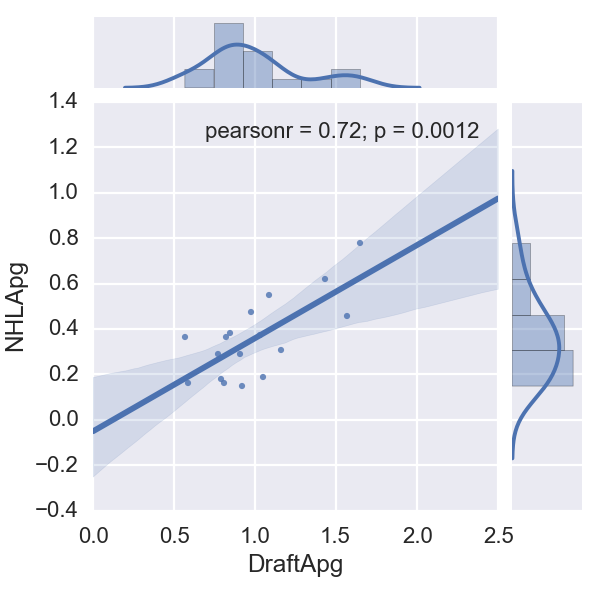 Again – a surprisingly poor correlation between goal scoring at the Jr level and at the NHL level.  And remember, these are the elite players.

Playmaking skills on the other hand very much seem to carry over.

OK, so knowing that Jr ppg is a good predictor of NHL ppg, let’s run a multiple regression on Gpg and Apg correlated to NHL Ppg and use the resulting model in the prediction process (the gory details of the regression are at the end of the post for those of such inclination).

Just as quick sanity check, we’ll confirm that the model result is in line with what we saw in the ppg correlation, and indeed it is, almost exactly (though if you look closely at the dots, you’ll see they are in fact different). 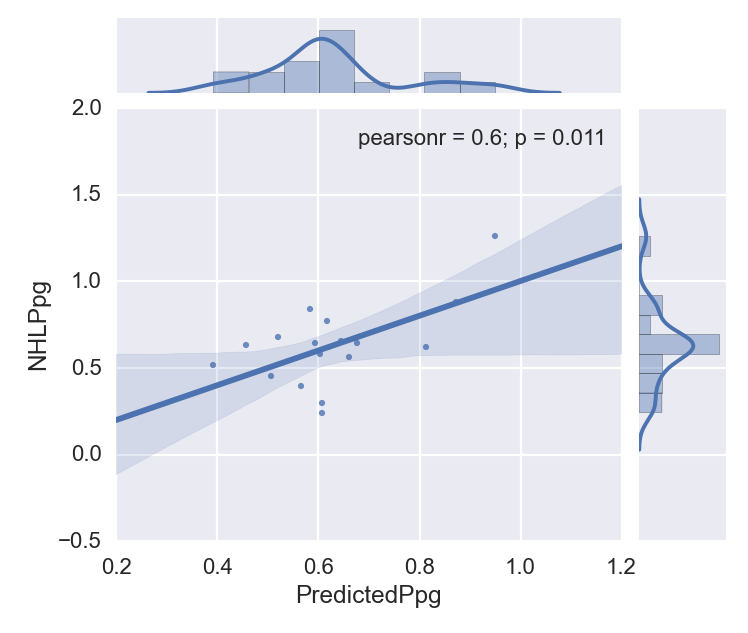 And lastly, we can consider a couple of possible adjustments to this number:

A Word About the Charts

* You’ve seen these charts before.  The two variables are shown in a scatter diagram.  The individual distributions of the two variables are shown above and to the right, and include a kernel density estimation i.e. a smooth version that helps with generalization and comparison.  The line is the regression line of course, and the shaded area is the 95% confidence interval.  The text shows the correlation value and the p (significance) value.

For those that care, the data file for this study can be found here: Draft Study NHLE Elite Players 2015-04.xlsx.

Number of Observations: 17
Number of Degrees of Freedom: 3

One thought on “McPredicting: what does the math say?”