Yesterday between periods of the Oilers-Refs er I mean Oilers-Ducks game, my buddy @WheatNOil was wondering about the game to game variability in performance of different teams.

In the case of the Oilers, we wondered if being a young team perhaps resulted in a high degree of inconsistency in performance.

This is an easy enough to thing to check, so I grabbed some data from my main man Manny at corsica.hockey, and ran a few charts and numbers to see how wide the distribution of xGF% (expected goals) was for the Oilers (and other teams) games throughout the season.

And indeed, the Oilers were certainly on the high side (8th) in terms of inconsistency this last season. That said – some of inconsistent teams are a little surprising.  ANA is good, but has the greatest game to game variability. DAL is the most consistent, which I did not expect. LAK are middle of the pack. VAN being not just bad, but consistently bad, is not surprising.

Based on the way this shook out, at least using this particular measure, it does not appear that youth and game by game variability are highly correlated.

Since I ran this for the league anyway, I figure why not post for posterity the charts of all 30 teams – which you’ll find below.

The ranks of the teams (most volatile = 1) are as follows:

All charts have the mean and std in the title, and the same x and y axis limits, so you can compare them straight across. 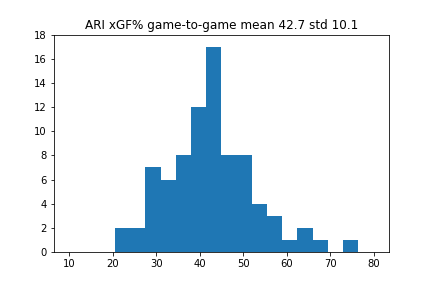 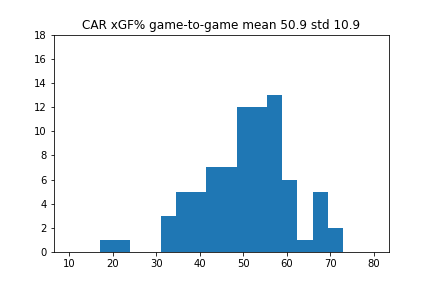 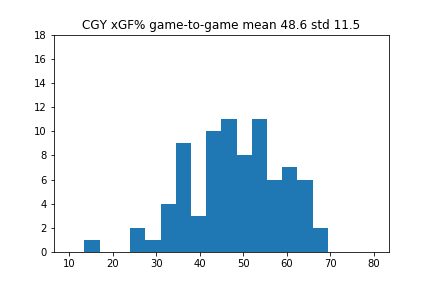 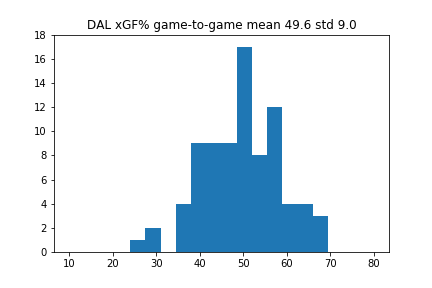 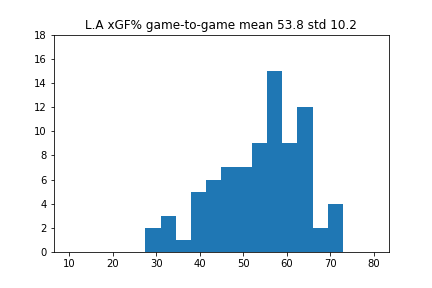 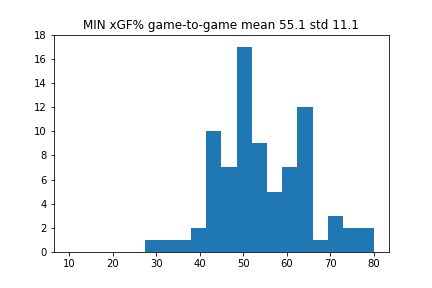 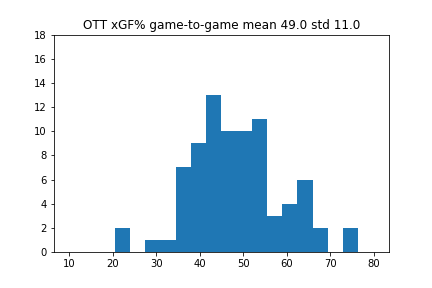 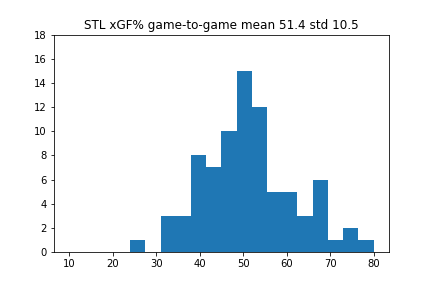